Home » History of the Havanese breed

History of the Havanese breed

Excerpted from “The Havanese” by Diane Klumb and Joanne Baldwin

Like a troupe of little Rumba dancers, the Havanese burst upon the American show scene in 1999, all ruffles and charm, a virtual unknown in the world of dogs. Soaring in popularity, they seemed to have emerged from nowhere, leading many to believe that the Havanese is a new breed, perhaps a recent cross. Amazingly, the breed developed over the past three centuries a mere ninety miles from America’s shore. It’s often called the world’s longest ninety miles, that stretch of azure water known as the Florida Straits . . . for this is the National Dog of Cuba. Christopher Columbus called Cuba the “Pearl of the Antilles”

A Dog of Many Names

The Havanese is considered to be Cuba’s only native breed, and there is ample written historical evidence that it was, indeed, developed there sometime prior to the seventeenth century, but it is not indigenous to the island. Recent developments in canine genomic research reveal that few if any domestic dogs are actually indigenous – the country of origin is simply where a breed was developed.

Each breed, to a great degree, reflects both its function and the character of the people who created it, and the Havanese is no exception. Developed on a small tropical island purely as a companion animal, the unique coat, ideal for the island’s climate, and the undeniably Latin personality both mirror its Cuban roots to perfection.

Theories about the origins of the Havanese abound, many of them with little or no historical basis. Many 19th century dog writers simply postulated, with little or no research or even historical logic, that they were the result of various crosses, the most widespread story being a cross between an early Cuban dog and the “Argentinean Poodle”. Aside from this single reference, there appears to be no trace of such a dog ever existing in Argentina at any point in time. Likewise, tales of 19th Century Italian sea captains bringing them to Cuba are also entirely without basis, as the breed was already established, and written about, by 1700!

The real problem one encounters when researching the history of the Havanese is that the breed has had so many different names over the centuries – the Blanquito de la Cubano, or White Cuban, in the early 1700s; the Dog of Havannah (in the late 1700s); the Cuban Shock-dog (so-called for the familiar shock of hair that falls over his eyes), the Cuba-dog, and the Havana Spaniel (all in the 1800s); Ie Havanais (in France around the turn of the century); and, of course, the one that appears in several references over the years and has the advantage of being wonderfully descriptive – the Havana Silk Dog.

[Order The Havanese by Diane Klumb and Joanne Baldwin]

The name Havanese (originally Toy Havanese), in fact, appears to have been coined in the United States, sometime in the early 1970s, and the average Cuban who left the island prior to the revolution has never heard of one – until recently, the Cubans have called them Maltese!

What has never changed over the past three centuries is the recurring description of a small, silky-coated dog from Cuba which came in a myriad of colors and, according to one 19th Century writer, which often had cords that dragged upon the floor. A rose, as we know, by any other name would smell as sweet and the same is true of our little dogs from Cuba. What follows is a fairly accurate history of the breed, pieced together from extensive research of historical documents.

The island of Cuba was settled settled shortly after its discovery, by Columbus near the end of the fifteenth century, by two distinct groups, which formed the basis for Cuba’s future class culture. The first (and most important if one wished to carve a civilization out of wilderness) were farmers, laborers, and craftsmen from the Spanish-owned Canary Islands, including the island of Tenerife, who were granted peonias, or small tracts of land. The second were the segundones, or “second sons” of the Spanish aristocracy who, unable to inherit land and title in Spain, often set off for the colonies, holding land grants for substantial caballerias, to make their fortunes.

Since earliest times, dogs have accompanied man on his journeys to new worlds and the settling of Cuba was no exception. Ship’s logs of the early 16th century voyages record dogs on board, along with the settlers, and it is not unlikely that some of these were the small dogs of Tenerife, generally recognized as the common ancestors of the Bichon family of dogs. As Spain imposed fairly draconian trade restrictions on its Caribbean colonies, and the port of Tenerife was one of the few open to Cuba for trade, it is highly likely that the dogs developed with little outside influence.

By the early 1700s, these dogs apparently found their way into the homes of the Cuban landed gentry, the caballeros, were much admired and accompanied their owners on extended vacations to Europe. Often white, or mostly so, these dogs were referred to by European dog writers of the time as the Blanquito de la Cubano (the White Cuban), the Dog of Havannah, or the Havana Silk Dog.

Charming, beribboned and pampered, they found entry through their socially well-connected owners into the courts of England, Spain and France where, in the latter two countries, they were often shorn in the manner of the larger European Poodle. As early as 1700, Britain’s Queen Anne, much taken with the breed after seeing a troupe of them perform at Court, obtained two for herself and appears to be the earliest Havanese owner of note.

She was followed in the next century by the noted canine aficionado HRH Queen Victoria, whose pair of “Cuba dogs”, (Chico and Golia, by name) was obtained for her directly from Havana by a Lady Ellesmere. They were apparently also popular among Britain’s literati and, as these fellows were notoriously verbose, quite a bit was written about the life and times of these small Cuban charmers in the nineteenth century. Both Charles Dickens and his close friend, the philosopher Thomas Carlyle, wrote extensively about their little Cuban “Shock-dogs”, named Timmy and Nero, respectively. (Nero, in fact, lies buried to this day in Thomas Carlyle’s garden.)

The fortunes of the Havanese have always risen and fallen with the politics of the times. Popular among the aristocracy of both Cuba and Europe until the early part of the twentieth century, little is recorded of the breed in the next fifty years. Two World Wars in Europe created sweeping social change and no record exists of the descendants of the little dogs from Havana who found their way to the courts of England, Spain, and France. None are believed to have survived the chaos of the ensuing decades. That they existed there at all is only evidenced through the examination of dog shows records from the early 1900s, and by the fact that written Standards for the breed date from that period.

The little dogs fared no better in their homeland. As Cuba’s “sugar barons” sold out to large American firms, and its ruling class was replaced by a strong bourgeoisie, the Havanese, or “Maltese” as they were called there, adapted, becoming family pets of this new class of professionals, watching over both the children and the ubiquitous small family poultry flocks that were kept for eggs in suburban Havana, but the breed was not particularly popular in Cuba during most of the twentieth century, and was largely ignored by the rest of the world.

The Cuban Revolution changed the fortunes of the little Havanese once again. The class of Cubans most likely to own them was, not surprisingly, among the first to leave. A small number of dogs found their way to both Costa Rica and the US with their expatriate owners after the revolution and, in 1979, the Havanese Club of America, now the AKC Parent Club for the breed, was formed.

Beginning with the pedigrees of 9 breeding age dogs (8 of whose descendants formed the foundation of the AKC Stud book) from two different bloodlines assembled by the club’s first president, Mrs. Dorothy Goodale of Colorado, the first registry for Havanese in the breed’s history was created. Early dogs from this registry were exported to Western Europe in the early 80s, where they have achieved a fair measure of popularity at FCI shows. The descendants of these 8 dogs make up the larger percentage of the gene pool of the Havanese breed today, now estimated to be over 8,000 in number.

This original gene pool has been expanded in the last decade worldwide by the addition of Havanese from Russia and Hungary. These dogs are believed to have accompanied their comrades home from extended government embassy appointments, and cultural exchange programs during the 70s and 80s, when the Soviet Bloc maintained a strong physical presence in the Castro regime. Although the breed was never registered with the stud book there (or even in Cuba prior to its arrival in the Soviet Union) it was accepted into the Hungarian Stud Book sometime prior to 1990. (It is interesting to note that the Havanese was registered in Hungary as a Toy breed with full privileges ten years before they were accepted into the AKC Toy Group!)

Once registered in Hungary, these Russian dogs were quickly crossed with dogs from Holland and Germany originally obtained from the small US gene pool, and so there is no “pure Russian blood” left there today. Hungarian-bred dogs of any AKC breed with MET registration are eligible for AKC registration, as the AKC has accepted the Hungarian stud book for many decades. On the other hand, it is important to know that many Russian-bred Havanese being imported in recent years (mostly by pet shops and dog brokers) are not eligible for AKC registration, nor are their offspring.

More recently a few dogs have been exported to Western Europe and Canada directly from Cuba, where a small number remained after the revolution. An effort has been made there to reestablish the country’s only native breed, and in 1993, the Havanese, (or Bichon Habanero, as it is now called in its native land), was officially designated the National Dog of Cuba, and accepted into the Cuban Stud Book, ironically for the first time in its 300 year history. Dogs bred in Cuba are ineligible for AKC registration at this time. Potential buyers of all imported Havanese, or their offspring, would be wise to contact the AKC’s Foreign Registration Department before purchase, as rules vary from country to country. 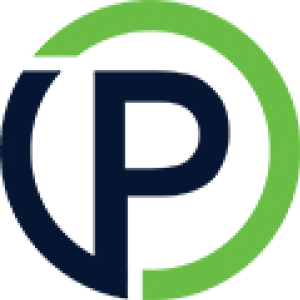 Gary Fujioka, Sr. is a lifelong dog owner, and Havanese owner. He is a proud father and grandfather, online presence management consultant, software developer, writer, musician, Chairman Emeritus of The Pathmark Group of Companies, and publisher of Havanese World. He consults on web design and development at Pathmark Digital.
Previous25 questions to ask the breeder before you buy a puppy
NextHow to care for Havanese hot spots

My Havanese’s favorite toy in the whole world

Things to know about buying a Havanese

How to choose a Havanese breeder

Would you punch a cougar to save your Havanese?

The story of one Craigslist Havanese puppy: a cautionary tale

Exposed: why some Havanese puppies Are $600

Havanese World is independent and not affiliated with any breeder or exhibitor. Certain of the links on this website are Amazon affiliate links which means at no cost to you, the site receives a small advertising fee when you make a purchase. This nominal revenue goes towards our site hosting expense and does not influence our product reviews.